There are two pictures I have always believed sum up the relationship between my dad and I perfectly.

In the first I'm months old. I'm laying next to him in bed with a shit-eating grin on my face, a huge puddle under me. His expression says, "Ah well." Mom always said when she took that pic all she could think was, "Shit. She's just like him."

In the second I'm probably three years old. I'm sprinting through the tall grass in our backyard, same grin. Dad stands in the background, hands on his hips and the same "Ah well" expression.

Today is Father's Day, and I feel the need to tell a little bit about my dad, Roy. 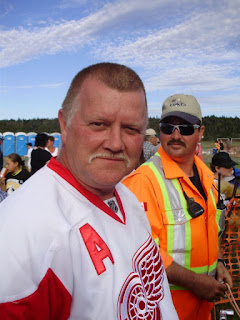 My mother will always say, "You're just like your father," and I cannot imagine a greater compliment. Though I carry my mother's fire, looks and loudness, I know what she means.

Unlike me, my father has always been a soft spoken man. I have hardly heard him raise his voice in my 36 years, unless it's telling me to turn off a hockey game that's going poorly, ranting about the fishery or politics, or my mother has spoken her trademark sentence: "Do you know what you should do now?"

As long as I can remember, my father has been a hardworking, intelligent man, always stressing the importance of working hard and kicking ass. A fisherman since he was 13, splitting his time then between the boat and the fish plant, he has always been a man who never shied from hard work, and was well read in his down time.

And he is brilliant. The man can clear a Jeopardy! board like no other, is a library of history, and reads more than anyone I've ever met. He always has.

He always stressed the importance of music and books to me. He bought me The Doors boxed set when I was barely old enough to read the lyric inserts, and would read to me every night. Books and music were two things that were never a waste of money, and if I wanted either he found a way to get it.

One of the happiest moments I can remember is buying him tickets to see George Jones, his favourite musician, and the look on his face when he opened the card and realized what it was: 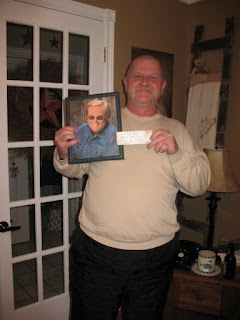 He bought me my first pony, picking mom up at the plant on her lunch break and simply saying, "Yeah, we have a horse now."

He encouraged every sport I ever wanted to play, and never went easy on me when I was sooky or didn't play well. If I couldn't handle it, I shouldn't play it.

He took shots on me, decked in goalie gear, with mom's tea buns as the neighbours watched and mom hid her face in embarrassment. Never much of a baker, that one.

Hockey. That was always our love. When I was tiny, mom would take me to the arena to watch dad play and I would hand him Shopsy's beef sticks over the glass as he skated by when the whistle blew. I'll never understand how he ate them while he was playing and didn't crumple from heartburn. But he did.

I remember the heartbreak one evening when my babysitter had to call the arena to get dad because mom wasn't feeling well at work, and only then did I realize he didn't play for the Detroit Red Wings. I guess Carpenter's Home Hardware was almost as glamourous.

He would go away for tournaments, returning with medals and trophies, always bringing me a He-Man or She-ra doll when he could.

And he would insist Bob Probert was one of the best to play the game.

Then there was the fishery.

The fishery is as embedded in our family as our name. My father fished with my grandfather and, when my grandfather passed away, he took the wheel.Mom would take me to watch him sailing out past the pier, and let me sit on the VHF radio in the evenings.

I'll never forget the first time he took me to Trepassey with him to move the boat and we went across the harbour. He let me hold the wheel and I felt like a superhero.

And though it was an industry we all loved, and one that was beautiful to me as a child, I knew there were politics because dad would return from committee meetings and tell me about the issues, hand me issues of the Union Forum so I could read about it. As I got older and started asking questions, I knew there was much more to the industry than the boats sailing through the harbour.

It has never been more apparent to me that I am, indeed, like my father.

We'll sit, debate fisheries issues, compete over the Jeopardy! board, play TV bingo, drink at the island in the kitchen, and share in a mutual hatred of all things Leafs and Sens. He might be a Wings fan but he's a realistic one.

His morning ritual consists of going to the Wings message board, typing, "Blashill fired yet? Nope? K." and carrying on with his day.

I know I have been blessed with strong, hardworking parents who taught me lessons that have gotten me where I am. I don't know where I would be without them both, honestly, and their strength through my times of weakness, their lessons (easy and hard).

And I know I certainly wouldn't be where I am today without my dad. I wouldn't have the appreciation and knowledge of the industry I hold dear, I wouldn't appreciate a fine book, a fine drink, or a fine debate.

I certainly would never have the strength and guts to take life by the horns.

Thank you, dad. Thank you for all you've done and continue to do. Thank you for the constant lessons. When mom walks into the kitchen, sees us both half cut playing TV bingo and ranting about the NHL and says, "You're just like your father," I'm never prouder. 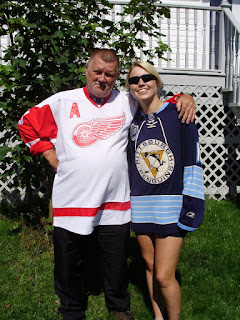 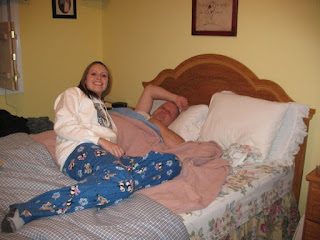 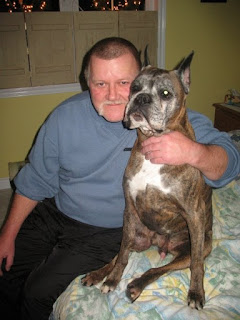 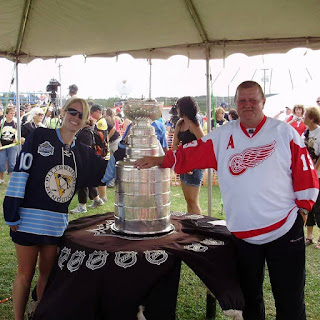