"The ballot is stronger than the bullet..."

When Rogers TV's Erin Sulley reached out to ask if I would participate in a panel for their "Women Leading Change" series, I was more than flattered. I would join MHA Cathy Bennett and City Councillor Hope Jamieson to discuss the roles and experiences of women in politics and the political movement. I questioned if I belonged there.

But I said yes.

Yesterday was easily one of the most empowering days I have had in a long time.

As we sat waiting, about to film a panel discussion that would air internally for Rogers staff all across Canada, the chairs placed for St. John's staff began to fill up - and with women came an equal number of men. That in itself indicated this was about to be a very important discussion.

We shared our experiences - our backgrounds, why we do what we do, who has helped us along the way, what we would do differently, what we see as the opportunities going forward.

And the hour flew in shared stories of support, hard realities, facts, hurt, harassment, and hope.

The United Nations states that only 22.8 per cent of all national parliamentarians were women as of June 2016, a slow increase from 11.3 per cent in 1995.

As of January 2017, only 18.3 per cent of government ministers were women.

As of June 2017, only 2 countries have 50 per cent or more women in parliament in single or lower houses.

Women are champions for issues such as affordable childcare, paid domestic violence leave, pay equity, putting an end to gender-based violence, and a whole plethora of issues where a woman's experience and voice at the table are necessary to paint a full picture.

Yet, we have work to do.

Is it because women are the primary caretakers and affordable childcare is lacking? Is it because of the type of backlash women get in the public eye is sexualized, violent, and women simply do not want to put up with that bullshit?

How can we encourage more women to put their names on the ballot?

Newfoundland and Labrador has an opportunity for change in 2019. God knows we need it. St. John's showed us it was possible with a record number of women elected in the last election - and a record number of veteran councillors unseated for new, fresh ideas.

But we need our voices at the table.

I have often said lately I feel we are at a watershed moment of change. Though it may not feel like it when we see the news, read the headlines, watch our neighbours to the south have children torn from their arms and put in internment camps, we have an opportunity for change and social movements have never been so powerful and determined.

And all are supported amidst the detractors.

Yesterday's panel was powerful, and women and men alike came up afterward to tell us what a wonderful, important conversation it was.

The best comments came from the men in the room who simply said, "I never thought about that," or simply, "We need to be better."

We also need to realize there are a lot of good people out there with good ideas, a will for change and skills to bring to the table. We need to support them, mentor them, and get those names on the ballots.

Only then will we create change.

Huge thanks go to Rogers TV for the opportunity, and huge thanks to everyone who came out in studio and online.

And huge thanks to those who are creating and supporting change. 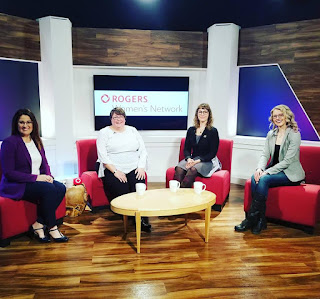 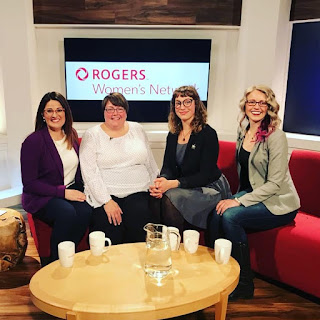 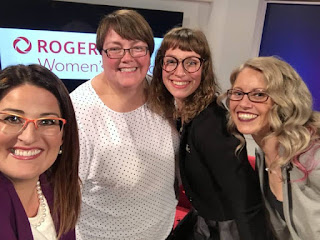