Humboldt, Saskachewan is roughly the size of Marystown.

Let that sink in for a moment.

The tragic April 6th accident that has now claimed the lives of 16 of those on board the team bus has reverberated throughout the hockey world, and communities. Actually, ripples of the tragedy can be felt across the globe.

If you've grown up in a small town, this tragedy probably hits your heart a little harder. Those team busses and team trips were luxuries. Each year you looked forward to invitationals, regionals, provincials - you never really had much opportunity to get out of your town.

Those trips were where you made some of your best memories. You sang, tormented the chaperones and coaches, and fed off each other's energy as you headed to some other small town to play your hearts out. Nerves would be rampant but nobody admitted it.

I recall Steve Brooks threatening to pitch a few of us out of the van if we didn't stop singing Dennis Leary's "Asshole" on repeat, getting banished from Botwood for getting on a huge team drunk after getting blown out the whole tournament, mooning cars from the back of the bus as we headed home from Avondale, and Matthew getting a bad cold and bombing the next day because we had held his face in a snow bank in a game of Truth or Dare.

We still tell the stories when we see each other, 20 years later.

A lot of time is spent on those busses when you're a team. Teams are like little families, and your teammates are some of your best friends.

Imagine, in one second, losing 16 members of your little family.

When the plane carrying Lokomotiv Yaroslavl went down in 2011 the hockey world grieved. The hockey world is a close community, you know - one that spans across teams, leagues, towns, provinces, countries and continents.

A lot of us have grown up in a Humboldt. A lot of us have been those young people on that bus with the world laid out ahead of you, though nothing in the world feels more important at that moment than the win.

Small town boys with big dreams, playoffs looming, hopes and visions of sitting on a bus in the Show some day, undoubtedly.

I'm proud to be a member of the hockey community. I've thought a lot about my own teams this week. I play with some wonderful, spirited, fun-loving, hockey-loving folks who I wouldn't trade for the world. I've become a part of a few teams this year. I'm thankful for each one, and for the support, friendship and camaraderie each one has brought.

And I can't imagine losing half of them in one fell swoop.

This weekend our Southern Shore Breakers senior women's team will load our gear into our rigs, hit the highway and head to Botwood (I should probably check and see if they're going to let me in after that ban I got when I was 17 for the hotel party and the bathtub full of booze). We'll play our hearts out, drink a lot of beer, laugh until everything hurts, and make memories and stories to carry in to next year.

And you never know how quickly all of that could change in an instant. Appreciate every moment. "Go Breakers!" And Go Broncos. 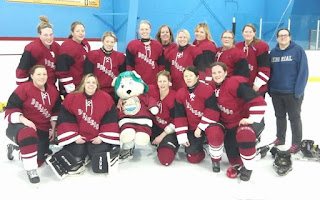 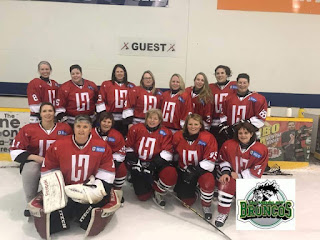 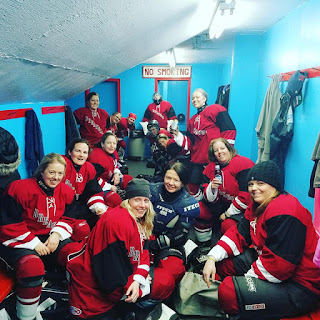 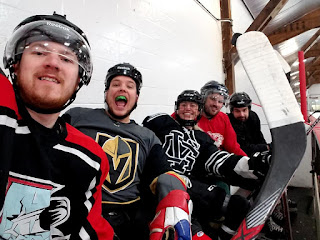 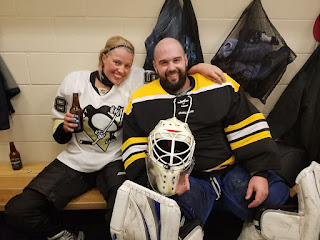 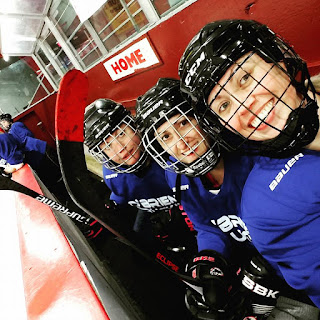